TALK TO US
ABOUT YOUR PROJECT

The Rise of Progressive Web Apps

It’s hard to tell what is going to be the next best thing when it comes to technology and the Internet. Ideas spark and dissipate even faster than we can keep up with. However, one thing that is definitely here to stay is the Progressive Web App development.

Progressive Web Apps (PWAs) strive to deliver an unsurpassed experience for mobile users. They are reliable and respond more quickly to users. Additionally, they focus on engaging mobile users with a more immersive experience than ever before. While many applications already do this, PWAs refer to the mobile browsing experience rather than native applications. They work to combine the best of both worlds and are developed specifically for the use on mobile phones. 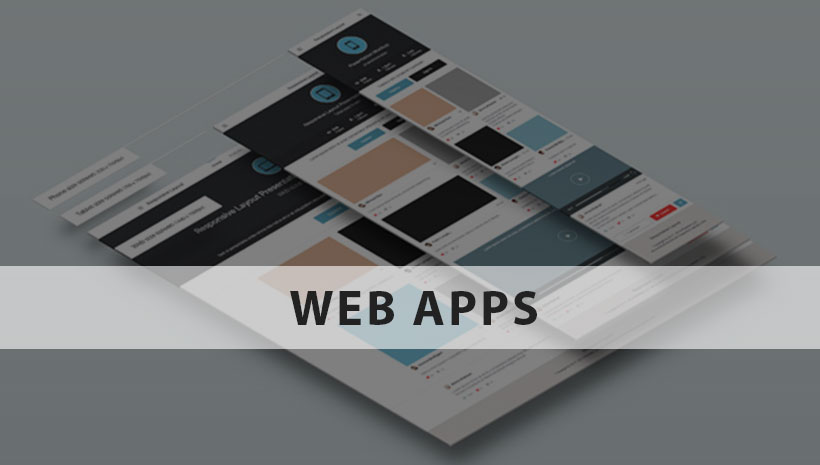 In 2015, Google proposed the idea of PWAs and they have since gained a lot of attention. They are both easier to develop from the backend and smoother to navigate from the front end. They look like apps, act like apps and feel like apps… but they’re not… they’re websites.

So, what can we expect to gain from the rise of progressive web apps? There are quite a few things, but the main benefits are speed, communication and offline capabilities.

One of the best things about Progressive Web Apps is the aspect of speed. They are significantly faster than traditional websites, loading almost instantaneously. Web designers have realized that when people are browsing on their mobile phones, it’s either done quickly or the window is closed. This is why PWAs have been developed specifically for mobile phones with speed at the forefront of design.

PWAs let users browse, shop and learn about things in fractions of the time it would take web browsers. The speed that PWAs use leads to higher conversion rates which means that companies attract more customers who then go on the purchase goods or services on their sites. You get all of the benefits of an app, without the time consuming, yet necessary, steps it takes to develop and publish an app. Additionally, your target audience doesn’t need to go through the hassle of searching and installing an app to get the information they want.

Another benefit of PWAs is the value of communication. For instance… when you need to search for something on the Internet, mobile apps don’t appear on the results pages. Progressive Web Apps do. This is extremely beneficial because, like we previously mentioned, it allows users to find data without having to search app stores and download an application. It makes communication easier and more available than traditional apps and with the speed factored in user conversion increases tenfold. A great thing about this is that while there may not be an app to download, you can still create a quick link on your home page. All you need to do is go to the website and manually create a shortcut. It loads onto your home page and looks just like an app, but opens directly to the site. The way to do this differs for each device, but it is much easier than it sounds.

Another aspect of communication with PWAs is the ability for you to opt-in to push notifications. Before PWAs, push notifications were only available through apps. Now, rather than sending email reminders – which undoubtedly gets sent to junk mail and is never read – websites can send out push notifications as reminders for sales, new services or any information that may be relevant.

One of the biggest differences between Progressive Web Apps and traditional mobile websites is the aspect of running offline. This is an absolute game changer in the world of technology. With offline modes available for low reception areas, or areas lacking service completely, you are able to reach an audience when others simply cannot. Offline capabilities mean more user engagement, higher conversion rates and even faster speeds.

With all of these benefits and more, you can see why Progressive Web Apps are on the rise to becoming the next best thing. You get the same look, feel and quality of an app in your web browsing experience. Say goodbye to unwanted downloading space from apps that you only use once or twice a month and say hello to the world of PWAs.

We build effective professional websites for corporations and businesses that meet the challenges of the changing online landscape.

We have engineered a variety of products and services that have enriched the businesses of our clients. See some samples of our work.